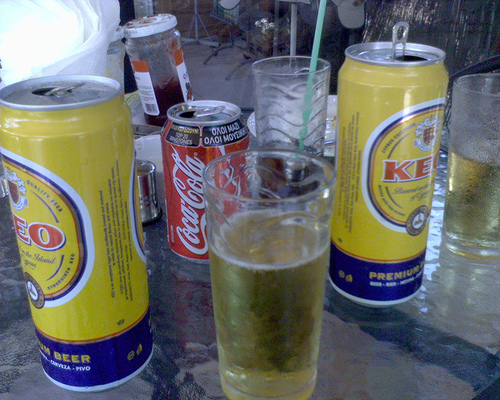 The graphic scenes reveal a man and a woman in a tavern briefly discussing the beer and its “Greek” origin before having intercourse. One scene shows the actress pouring the beer into her co-star’s mouth from a bottle clasped in her cleavage.