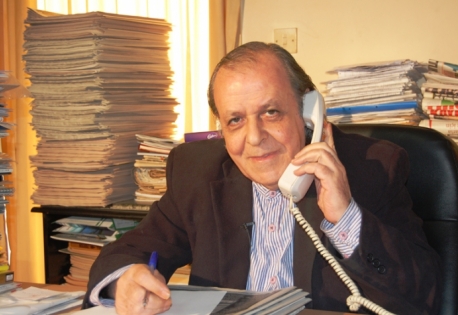 Sener Levent, the editor in chief of Turkish Cypriot newspaper ‘Africa’ has become yesterday the target of an assassination attempt for the second time within six months. A armed man attempted to enter the offices of the newspaper and fired against the journalist Ali Ozman while Sener Levent escaped unharmed. According to reports the man, rang the bell and Ali Ozman opened the entrance, he pulled out a gun and demanded to see Sener Levent, he then fired at Ali Ozman and missed. The shooter was later arrested by the ‘police’ and identified as Mustafa Yalçın, a 26 year old, from Turkey who appears to be the same person who fired shots at the entrance of the newspaper’s building on 25th February. Newspaper ‘Africa’ is known to engage into harsh criticism of the occupation regime and Turkey.