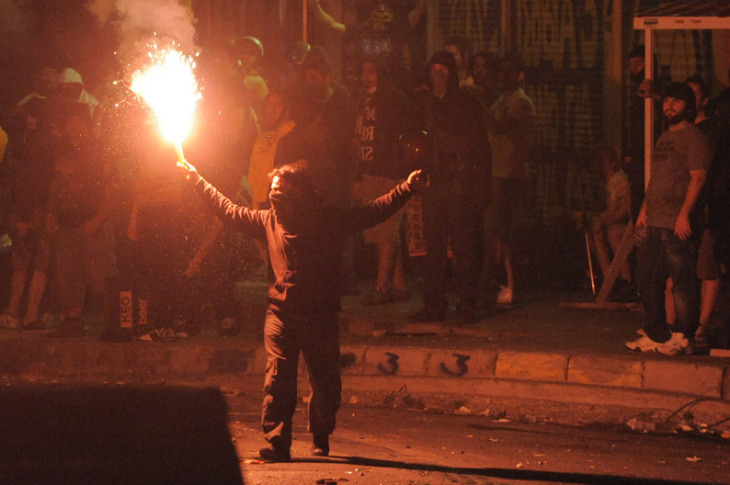 A 31 year old from Limassol was the first person to be arrested under the new legislation against violence in football stadiums whichwas recently put into effect. According to the police the man entered the pitch during the game between Apollon and Lokomotiv Moscow in Limassol on 21st August.

He was immediately arrested and today was taken to Nicosia District Court where he was charged, and let go with a bail of 1000 euro. The suspect had to hand in his travel documents and was placed on the stop list prohibiting him from leaving Cyprus. The court also issued a decree which forbids him from watching a game in any sporting venue until the conclusion of this case.

Do you believe these new measures will bring and end to the violence we’ve been witnessing in sports the past decade?