Following Cyprus Airways closure, British Airways announced an increase in the number of flights to Larnaca for its Summer 2015 schedule. BA will be flying 13 times a week from London’s Heathrow Terminal 5 to Larnaca (up from 7 times a week). Economy return ticket prices will start at 249 euro. British Airways will have […]

According to data published by the statistical services Russian tourists top the list of high spenders during their holidays on the island which the British take the bottom place in the Top 10. Rank Country Euro Spent 1 Russia 1,103 2 Norway 919 3 Switzerland 855 4 France 843 5 USA 791 6 Belgium 761 […]

Polis Chrysochous municipality in cooperation with the Latchi area fish taverns is organising the first Fish Festival this Saturday (12th April). The festivities will take place at the Latchi fishing port and will include free fish and wine for visitors and entertainment programme with live music and a children activities. During its announcement the mayor […]

Since a couple of days ago CNN posted a poll on their website which asks Would you travel to Cyprus on holiday? Maybe the measures imposed on Cyprus are systemic after all! Whatever the answer maybe we can all agree that our tourism industry can definitely use a boost this season. Go on then… cast your vote!

RYANAIR will be flying from Paphos to 14 European destinations, in 80 flights per week. 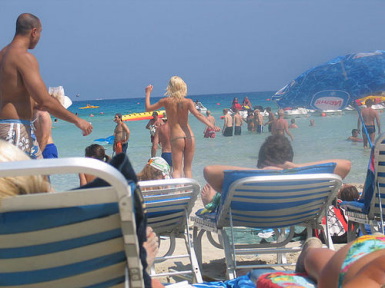 Total revenue from tourism until the end of July was 951.4 million euro according to the Republic’s Statistical Services, an increase of 17.5% from the same period last year.