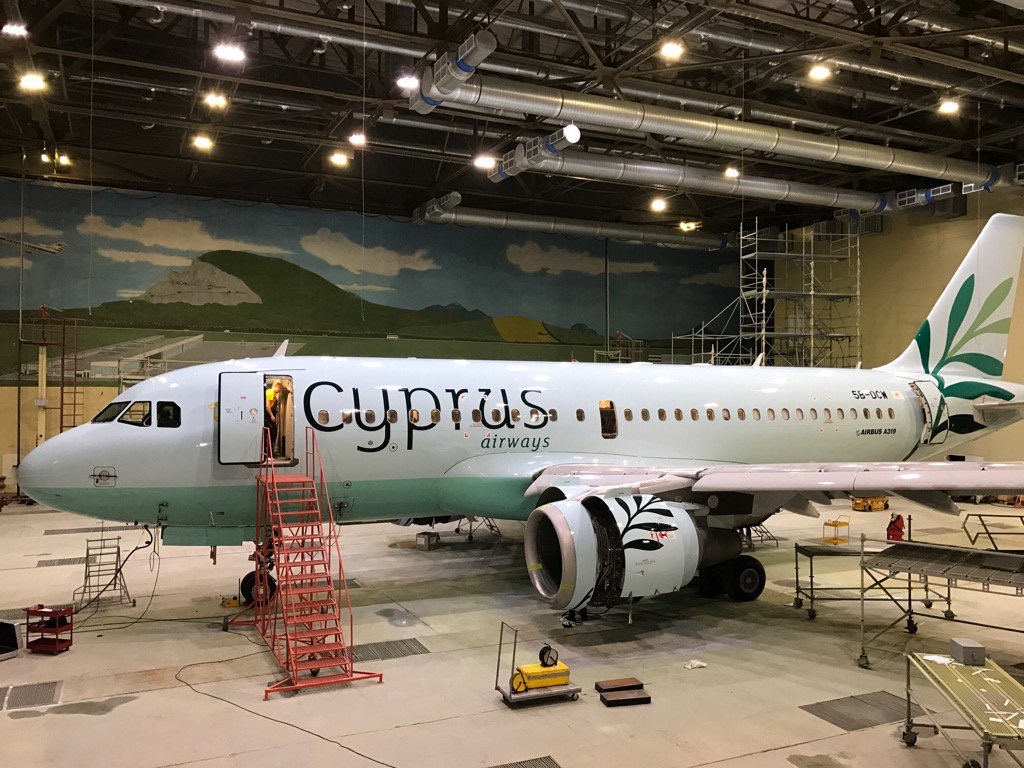 As it is already known, a few months ago the Russian airline S7 bought the rights to the Cyprus Airways name and logo with intentions to launch a subsidiary airline in Cyprus under the bankrupt national carrier’s name. Even though there is still no official information as to when the new airline will launch, the image above has surfaced online on an airliner photography forum showing an Airbus A319 painted in what appears to be the new design for Cyprus Airways. Evident is the absence of the iconic mouflon from the new design which is more modern and deviates from the “national carrier” look. Additionally according to the forum post Cyprus Airways is expected to start flying again in December. We’ll keep this post updated with any further information we uncover.