A 31 year old from Limassol was the first person to be arrested under the new legislation against violence in football stadiums whichwas recently put into effect. According to the police the man entered the pitch during the game between Apollon and Lokomotiv Moscow in Limassol on 21st August. He was immediately arrested and today […]

The Cyprus Green Party Secretary, and representatives of Animal Welfare Organisations met on Friday with the Minister of Justice Ionas Nicolaou who briefed on his intent to appoint a police officer per district who will be responsible of coordinating the police efforts regarding animal abuse and killing complaints. He explained though that the main responsibility […]

UPDATE: The system will become fully operational on 2nd June 2014. From that date and onwards violators will be fined. On Monday the new traffic cameras system will be put in operation on trial basis in Griva Digeni avenue in Nicosia. Warning signs about the new system and the speed limit have already been installed. […]

The police arrested today a 56 year old man from Nicosia as the main suspect for yesterday morning’s bomb threats which turned out to be a hoax against Larnaca Aiport. Because of his phone call the Larnaca airport buildings were evacuated resulting into the airport closing down for an hour for the first time since […] 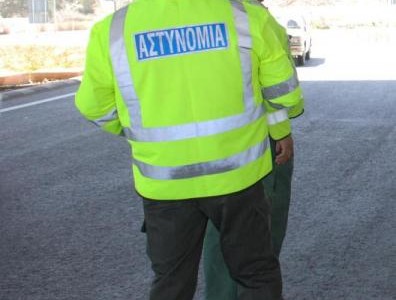 At around 16:30 yesterday during a police patrol in Polis Chrysochous an 8 year old girl was caught driving an old car accompanied by her father. The vehicle was stopped for check when the traffic police noticed the ‘size’ of the driver. To their surprise the police officers realized that the 8 year old was […]

According to today’s issue of Phileleftheros newspaper 500 police officers are being tested to determine their fitness after the alarming results of the preliminary tests which showed that our Police Force is suffering from obesity. Following a memo sent out by the Chief of Police, officers are visiting the Cyprus Sports Research Centre for a […]