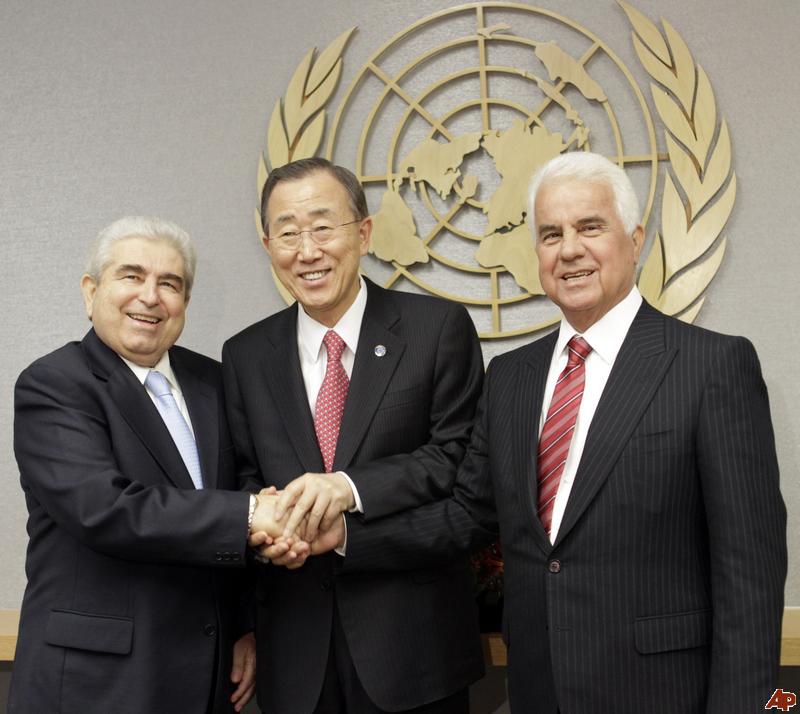 It has been agreed in yesterday’s meeting that next Thursdays President of the Republic Demetris Christofias and Turkish Cypriot leader Dervis Eroglu will have a working dinner in the presence of Special Advisor to the Secretary General of the United Nations on Cyprus, Alexander Downer. It was announced in the statement by the Special Representative of UN Secretary General in Cyprus Lisa Buttenheim, who also said that yesterday’s meeting continued in a positive atmosphere and that the leaders discussion was centred on the aspects of internal security. After the meeting President Christofias, who proposed his plans on the issue of federal police, stated that the meeting was good and it was also confirmed by Turkish Cypriot leader who said that he reluctantly agrees but further discussion is needed.
Two more meetings are scheduled for 8th and 12th April.