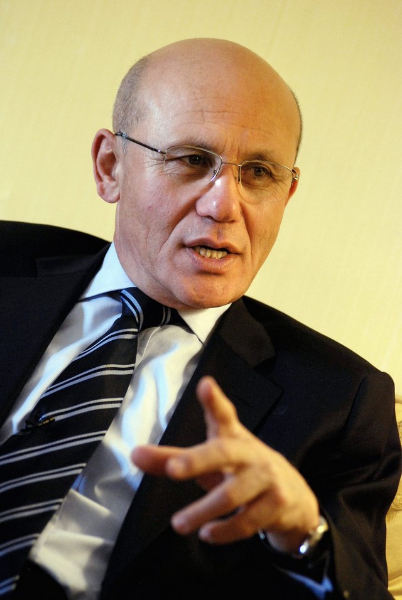 The former Turkish Cypriot leader, Mehmet Ali Talat, in an interview at the TV programme Kipris criticised Ankara’s attitude towards Republic of Cyprus drilling efforts and also expressed his disagreement with the way current Turkish Cypriot leader, Dervis Eroglu, is handling the Cyprus problem talks saying “If Eroglu wants a solution.. ..I’m an astronaut!”. He also said that Turkey didn’t clearly state that they are going to destroy the platform but they used words that could be taken as threats of war which is definitely a mistake, explaining that if you have no intention of doing something then don’t say it. Moreover he said that the most effective response to the current situation is peace by reunifying the island. He argued that Greek Cypriots are searching for natural gas now for their own internal reasons and have handled the matter well by reinforcing their relations with Israel.
Finally he said that the rumours which have Turkey dictating Northern Cyprus’s policy are not true and that during his presidency their was no problems between Turkish Cypriot and Turkey.