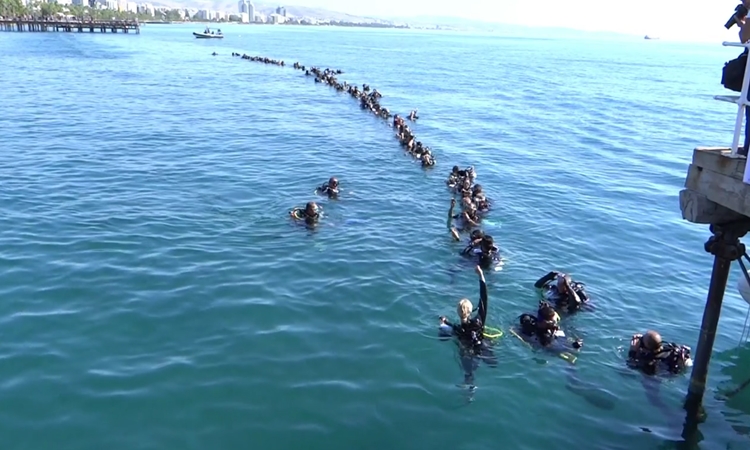 Two hundred and eighty divers from Cyprus and abroad gathered in Limassol on Saturday morning forming an underwater human chain and breaking the Guinness world record for the longest human chain. Volunteers joined together holding onto a rope which connected the dock at Molos and the old port. Divers are submerged to a depth of five meters, for about 10 minutes, forming a massive human chain as a symbol stability and unity. The record breaking attempt involved organized groups, individuals, diving clubs and diving enthusiasts. According to spokeswoman of the organisation Tina Agapiou, the aim of the event was to promote Cyprus and scuba diving. The previous record held by Italy, involved 174 divers at Elba island in western Italy.