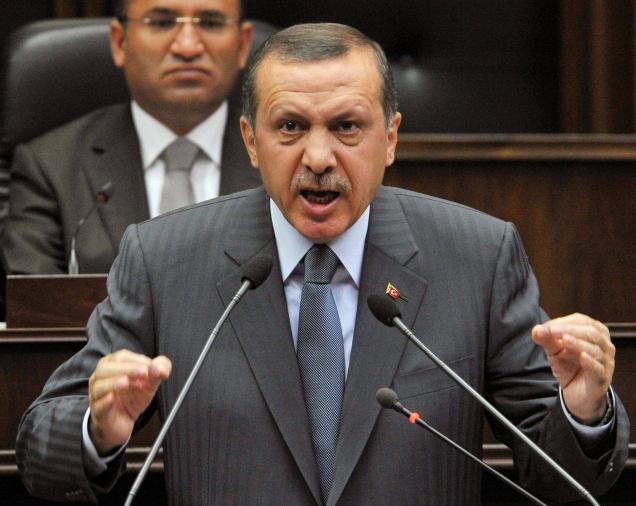 The Turkish Prime Minister arrived in the occupied areas of Cyprus for the celebrations for the anniversary of the Turkish invasion. He was welcomed at the airport by the Turkish Cypriot leader Dervis Eroglu and other ‘celebrities’ where he made a public statement claiming there is no nation called Cyprus but only an illegal Greek Cypriot Administration and the Turkish Republic of Northern Cyprus. He also mentioned the last week’s tragedy at Mari and the electricity problems it caused, saying that the Turkish Cypriots have given a lesson of humanity by selling electricity to the Greek Cypriots. No mention was made to the fact that Turkish Cypriots have been receiving free electricity for many years from the Republic of Cyprus.

Extensive security measures were taken for for his visit, with over 2000 ‘policemen’ at key points ensuring his smooth reception. All planned events / demonstrations against the Turkish Prime Minister were forced to cancel by the pseudopolice and any banners carrying slogans against him were confiscated.