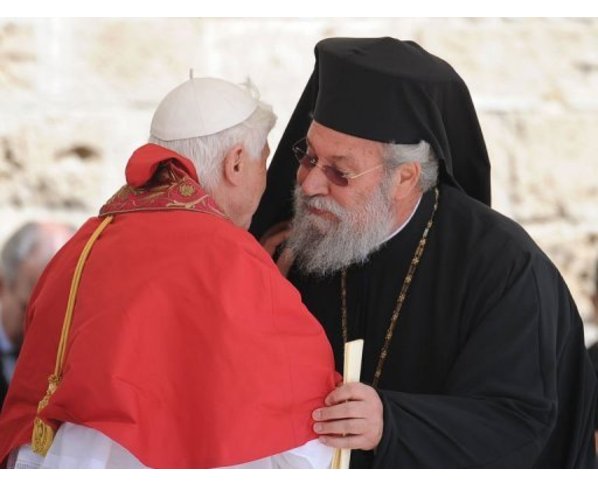 Yesterday at the Vatican meeting with Archbishop Chrysostomos II, Pope Benedict gave assurances that he will coordinate Catholic European nations to put pressure on Turkey regarding the destruction of religious monuments in the occupied territories of Cyprus but also about the issue that arose recently; the imposition of a ticket by the occupying forces to the pilgrims going to St Andreas monastery. According to the Archbishop, the Pope was already fully aware of the situation in Cyprus and the disrespect shown by Turkey towards religious freedom and human rights.