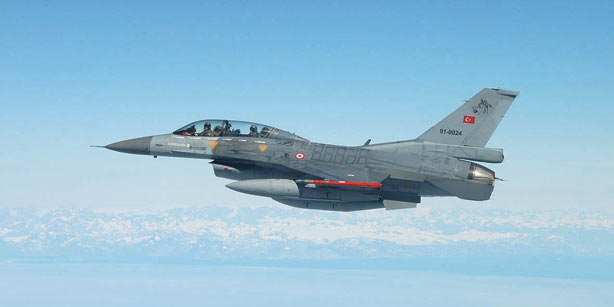 In a continuing attempt of Turkey to challenge sovereignty of Cyprus according to Phileleftheros newspaper, Turkish Air-force sent 2 F-16 fighters to intercept a small survey aeroplane which was taking photos on behalf of Republic of Cyprus Land Registry in the Akamas area.

The survey plane was leased by the Republic from an Israeli company to take aerial photos of the area. While it was executing its mission, Turkish air traffic control contacted its pilots and demanded that they leave the area claiming that they are violating the air space of the “Turkish Republic of Northern Cyprus”. The pilots ignored them and soon later two F-16 fighter jets appeared in the area, and were observing the surveyors activity. They fighter pilots contacted the Israeli aeroplane with the same demands which were once more ignored and the F-16s left the area a while later.

In the meantime, the Turkish research vessel Barbaros is still in the sea west of Cyprus and has been approaching the island as near as 20 nautical miles.